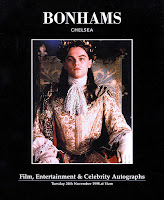 Exactly twenty years ago TODAY there was a film and entertainment sale at Bonhams.

Being the wilderness years, Doctor Who wasn’t the commodity it is today and there was only one solitary item for sale.

Catalogues in those days were sparse on pictures, so I’ve illustrated it with an image from what I think the item was.
The text in the catalogue spells it Jacondon - it should be Jacondan. 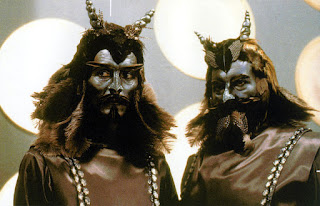 Lot 209 Dr Who
A feathered head-dress of the ‘jacondon’ as worn in the Dr. Who Television series.
Estimate £250-350
UNSOLD
Posted by Steven Ricks Tailoring at 20:11 No comments: 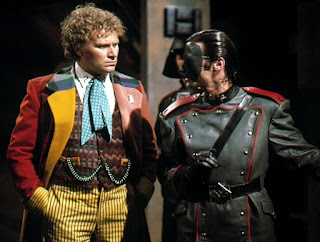