Last weekend I had the privilege yet again of gaining hand-on access to one of the original Six Frock Coats.

While I had it on my workbench, I took the opportunity to check the match on the first few fabrics I think I have nailed. 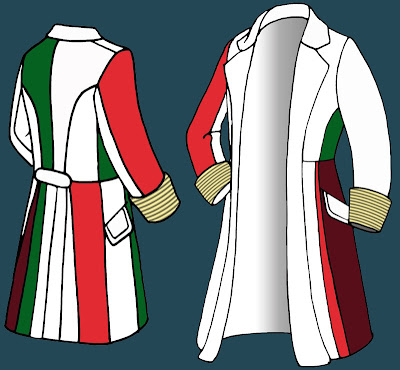 Working on the basis of grab it quick before it’s gone, I’ve invested in these first few fabrics for my Six Coat.
So far all these easy ones come from the same single source, so it was nice and simple to get hold of them, and on this occasion they weren’t discontinued lines!
This makes a change, as a couple of my cosplaying friends will vouch for.

A few months back, when I had the honour of being able to see a plethora of screen-used costume pieces for myself first-hand, I had the chance to handle an original Six Frock Coat.

I took pattern traces from a number of the items in front of me, but when it came to the Frock Coat - this was something else.
Only when you get to see it in the flesh and touch it can you appraise the work and skill involved in it’s creation – I’m not saying it’s my taste, but you just gotta admire the craftsmanship.

I’m not ashamed to say I was intimidated. 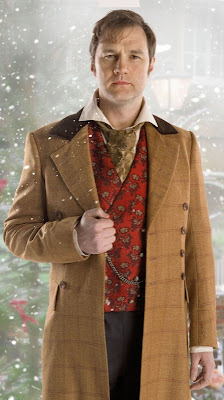 I limited myself to some photography and general reference, but left it at that for now.

Over the following few months I worked on a number of projects, notably a Five Coat for Bob Mitsch In the States and a frock coat for Ian Cummins in Australia, plus I have been working on another frock coat for myself - but more on that another day.

All of these were worked to a basic frock coat pattern, and used similar techniques in construction, by the end of which I've become a bit of a dab hand when it comes to the frock coat as a pattern.