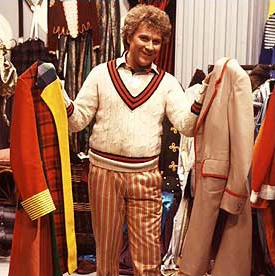 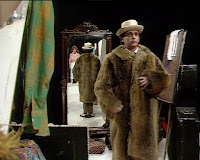 Merry Christmas to all my readers!

I can’t believe a year has flown by since I last wished everyone a Happy Christmas. 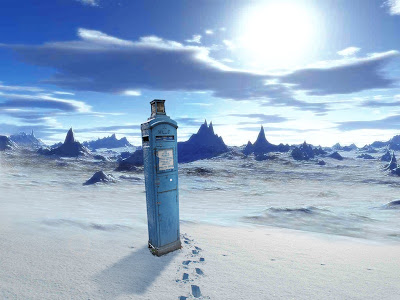 Looking back though, a lot has happened and I’ve completed or started a number of amazing projects.

From updating my Tennant Coat; making a Five Coat or two; starting a replica Tennant suit jacket using original GAP Trousers; making a couple of Inverness Capes (must get round to writing that up!); as well as some smaller item such as Five Hatbands, Six Cravats and Seven Hankies.
However, I think the most exciting has been starting work on a replica Six Frock Coat, which I am so looking forward to getting done next year.

I hope you’ll join me in the following months as it starts to come together.


Posted by Steven Ricks Tailoring at 21:41 No comments:

This last week I spent some of my time at college on drafting the block for the Six Frock Coat I am working on.

The purpose of doing this is to pull together and accurately draw up the pattern trace I took of the original coat, so I can then make my pattern with seam allowances and everything else that will make it work. 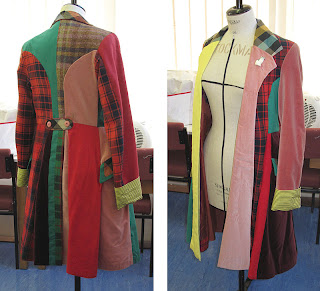 I took along my Six Coat from 1985 (see right) to show my tutor where all this started for me, as well as the most useful crib for when I was drawing the block.
Being only a teenager at the time, I was quite a bit smaller then, so the only college mannequin it fitted  was a ladies size 10!

READ MORE
Posted by Steven Ricks Tailoring at 20:28 No comments:


After the success of preparing the Red Tartan for weaving, this month I’m now looking at the fabric for the collar. 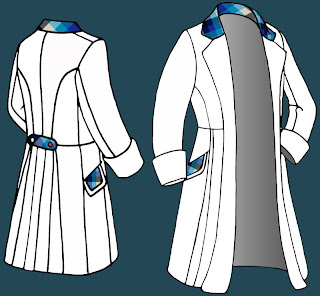 This is a doubly difficult one to match: firstly it is woven from a number of colours which mix with each other to make further variations, and breaking this down to the colour of the yarns needs some careful observations; also there isn’t that much of it on the coat (just the collar, two pocket flaps and a brace between the back buttons). None of these pieces is individually large enough to demonstrate the size of the pattern repeat, a I will need to put them together like a jigsaw puzzle to find this out.

The things to initially work out are the base set of pure colours it is made from; how these mix to produce the finished result; and the size of the pattern repeat.

To do this I need to look closely - VERY closely. I was hoping it might be possible, using a very high res scan, to isolate the individual threads and work out a colour match (see below), but the weave is quite tight, and the adjacent strands make it difficult to be objective about it, so that won’t work.