The Doctor meets the press

It’s from around early 1984 (no date is on the clipping) and concerns The Doctor’s new costume.

it is funny to see how the press reacted to the explosion of colour - especially since the accompanying photo is in murky black and white!

What caught my eye though was a comment about his waistcoat.
There were two waistcoats made, one with tails and one without. You can clearly see the tails in a scene during Vengence On Varos when The Doctor removes his coat.

It was sort of assumed he wore the tail-less waistcoat most of the time and only donned the tailed version when it would show, but the article specifically mentions the tails. 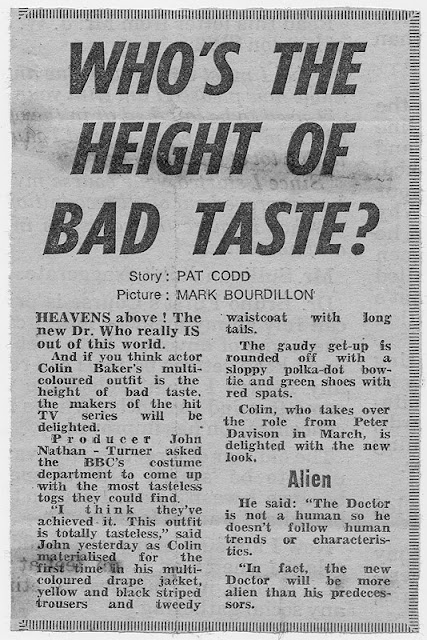 Posted by Steven Ricks Tailoring at 01:03