As my collection of fabrics for my Ultimate Six Frock Coat nears their completion, here’s one other ‘fabric’ I have already sourced. 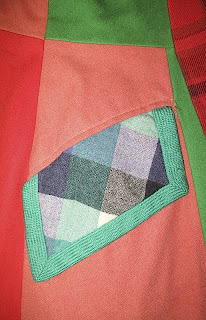 The outer pocket flaps are made from the same checked fabric as the collar, lined with the Lining: Impossible!
They are then edged with a woven braid.

Not much is needed, but it has to be right. I didn’t want to overlook or forget about it, hence I allocated a fabric number to it - Fabric 12 (green braid). 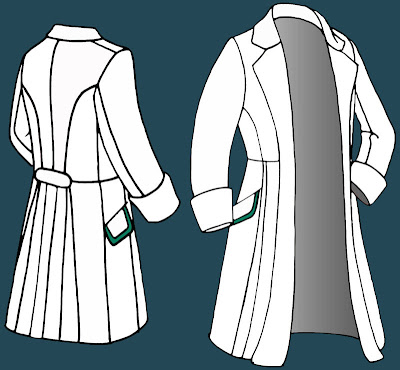 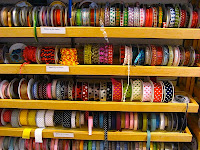 At the time of making the original coats back in the mid 1980s, braids and trimmings seemed to be more widely available, with manufacturers in the UK as well as across Europe. I can remember when half the ground floor of John Lewis on Oxford Street was given over to fabrics and haberdashery, a time long gone over to menswear and clothing. Over the years cheaper suppliers in the Far East have progressively dominated the market, pushing the old makers out. 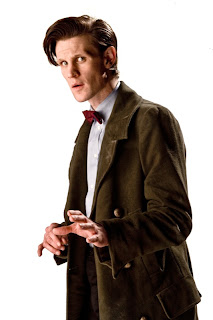 I cannot tell you the number of times I have been chatting to managers of the fabric shops I frequent, for them to tell me this supplier has ceased trading, or that button manufacturer has gone out of business.
And some of these are new items, such as the buttons on Matt Smith's greatcoat. I found the source and the makers who were in France, but they have gone out of business and that stream is now dry.

So although on the face of it it’s a straightforward braid to find, getting it in-hand has been a bit of a journey.

The stocks on offer at most fabric houses is now very limited, with only one or two colour choices on offer - commonly black, navy or brown. Not even a white that could be dyed - and certainly not a green.

My only option has been to track down a UK distributor for this type of braid, who can source it in a decent range of colours in a variety of widths. 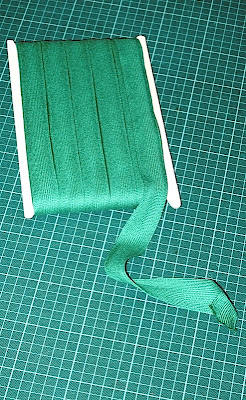 I shan't reveal my provider, but earlier this summer I finally tracked one down - my only problem was two-fold. Firstly the minimum quantity I had to purchase, but given it was the right stuff I had to suck it up; and secondly the delivery time, which had been buggered cos it was made in Italy, and the fabric mills there close in the summer for an extended one or two month holiday! It’s alright for some.

After having it on order for well over two months it arrived with impeccable timing this week - lucky as until now I didn’t actually need to have it ready . . .
Posted by Steven Ricks Tailoring at 19:29