Ultimate Six Frock Coat - side by side

I had the privilege of visiting one of the three original screen-worn Sixth Doctor Frock Coats last weekend.

With work on a batch of my latest coats was finished, and I owed my friends an upgrade on the coat I made them a while back. 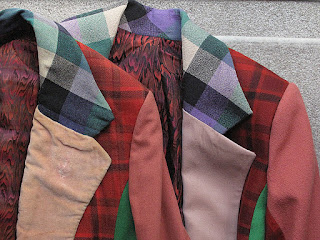 This also gave me the chance to put one of my early versions as well as my latest alongside the real deal for a comparison.

My main reason was to see how the reworked tartan held up, as this is one of the trickiest to replicate with all the nuances of how the original’s colour had been achieved.


Just to clarify, in all these photographs the original coat is on the left and my replica is on the right 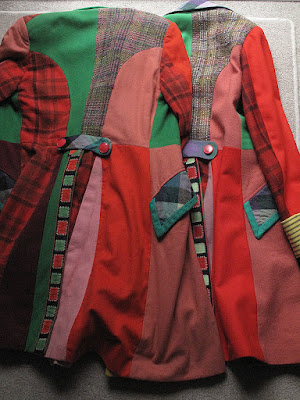 You may recall I recently had to reorder more cloth as I had run out, so took the opportunity to radically revise my yarn colour choices to match the as-found bright PINK tartan fabric from the 1980s.

I did this with the full intention of over-dying it in the same way it had been done prior to being tailored into Colin Baker’s distinctive costume.

By doing this we flooded the darker colours with red dye, polluting their appearance in the same way, thus achieving an even closer match than before. 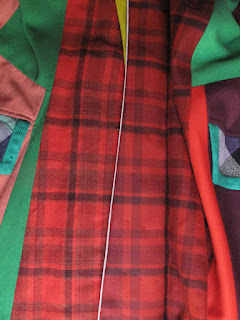 So this weekend was my first chance to see for certain if it had been worth the effort - and the answer is a resounding YES!

The tragic thing about the screen-worn coat is that due to the quicksand scene in The Ultimate Foe, all three coats were almost entirely trashed. Despite repeated dry cleaning there are still stains and marks on the fabric, and their collective drape and tailoring have been near ruined, so the coat looks very sorry for itself.

When I placed my latest tartan against the real deal, I found my yarn counts had worked perfectly - you can see how the stripes match up across a number of pattern repeats.

But the thing I am mot happy with is the colour.

Finally I am truly satisfied with the result. 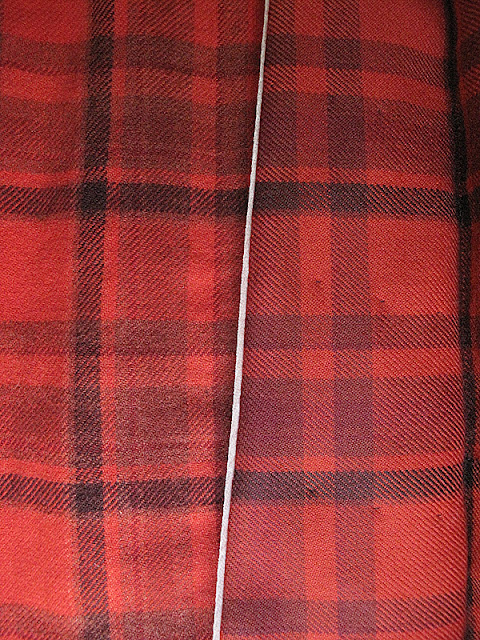 Posted by Steven Ricks Tailoring at 23:08