Bonhams FLASHBACK: 24th May 2006
Rock and Roll and Film Memorabilia

It was EXACTLY ten years ago today - during David Tennant‘s first season as The Doctor - there was a sale of Entertainment Memorabilia at Bonhams.

Some 59 Doctor Who lots were on offer (though these inflated by the sale of some 25 artworks from a 1985 book Doctor Who Illustrated A-Z, nearly all of which went unsold.

Lot 251
'Dr. Who': a Tardis roundel,
fibreglass, with traces of black and grey paint, indicating use in the Tardis of both The Doctor and The Master, believed to be the last surviving example from the original Tardis, 55cm (21½in) diameter
Sold for £300 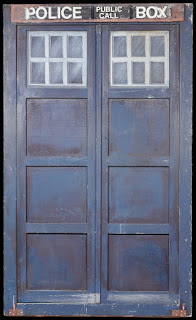 Lot 252
TARDIS
From the official stage show "Doctor Who The Ultimate Adventure", a wooden Police Box. Life Size
Sold for £ 960 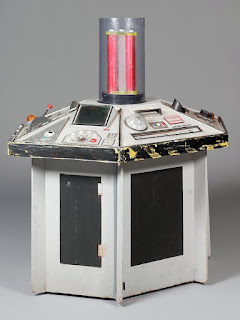 Lot 254
TARDIS Console,
Original Prop, From the official stage show "Doctor Who the Ultimate Adventure" in Brighton of Dr. Who the central consul for the Tardis. Time And Relative Dimension in Space. The consul is made from plywood with various items of electrical hardware. Life size.
Estimate: £1,000 - 1,200
Unsold 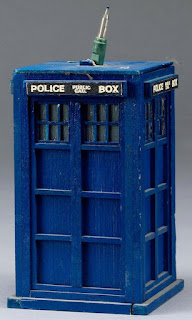 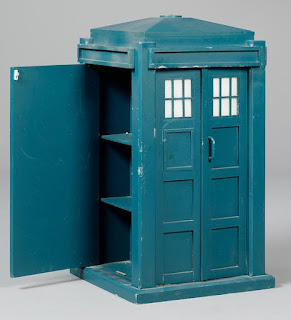 Lot 263
A Collection of Twenty Dr. Who Scripts
including The Curse of the Daleks, Genesis of the Daleks, Planet of Giants and Paradise Towers
Sold for £ 66 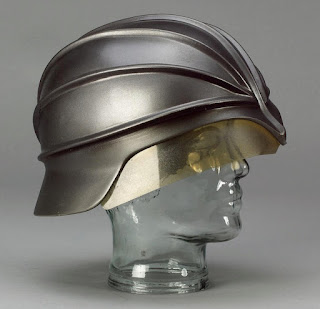 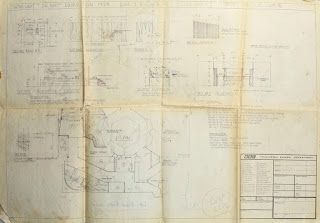 Lot 274
Blueprint Longleat exhibition
A plan blueprint from the BBC Dr. Who Exhibition at Longleat.
Estimate: £100 - 120
Unsold
Lot 281
TARDIS DVD Cabinet
One of only 60 made to hold Dr. Who DVD's. A limited edition made by Codsteaks manufacturers of Hardman props for the Wallace and Grommit films.
Estimate: £500 - 600
Unsold

Lot 283
Hawaiian Shirt owned by John Nathan-Turner
John Nathan-Turner started his association with Doctor Who as a floor assistant in season six on "The Space Pirates" and continued his association gaining promotions until he was producer on the series in 1979 until the series took a sabbatical in 1990. He was famed for collecting and wearing Hawaiian shirts throughout his life on and off set.
Estimate: £250 - 300
Unsold 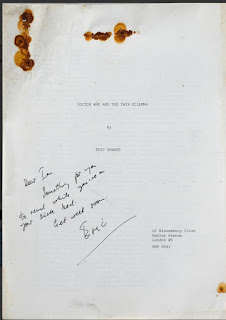 Lot 284
Dr. Who and the Twin Dilemma Novelization Proof Copy
Roneo copy of Doctor Who and the Twin Dilemma with written inscription "Dear Ian Something for you to read while you're on your sickbed. Get well soon. Eric"
FOOTNOTES
Eric Saward took over from Christopher H. Bidmead as Doctor Who script editor in 1982 serving five years being responsible for 27 episodes.
Estimate: £180 - 200
Unsold 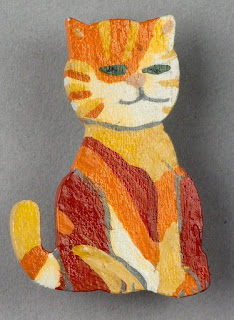 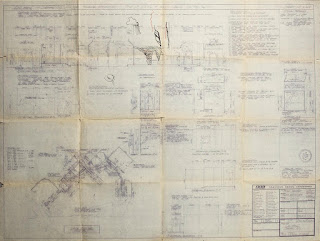