The Great Radio Times Sew Off

A couple of weeks ago saw the final of The Great British Sewing Bee - for those that don’t follow it, it’s basically Bake Off, but with sewing machines.

It’s always a talking point amongst sewers across the country and this discussion reached the feedback pages of the Radio Times over the last few weeks.

Last week a letter from Christine Bates contiued the ongoing debate, and added to the mix her Mother’s 1931 vintage Singer sewing machine - which is nice, but frankly a bit too modern even for me!

As a footnote the editor asked if anyone else had a working sewing machine that was older than Christine’s. 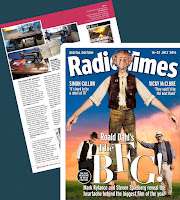 Well, if you know anything about how I work, you’d know the answer to that is YES!

So I wrote in, and low and behold they have published my letter, plus two others, along with the photo I sent them! 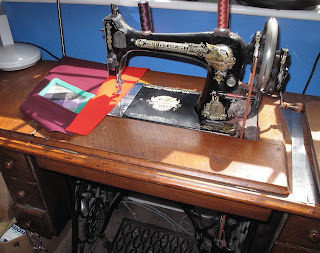 As it happened, I was working on a Colin Baker coat when I needed to take the picture, so I sneaked it in there!

Here is my letter, which has been published near in full, even down to my cheeky sign-off address!

Posted by Steven Ricks Tailoring at 10:56