After a lengthy process of Creating Artwork from the original screen used Six Cravats; prototyping the Yellow Star and the Polka-Dot versions, I am now finally able to offer them for sale.
I am offering all three versions:

The Twin Dilemma - The Mysterious Planet 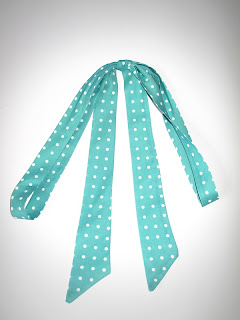 This cravat is to the turquoise colour, which first appeared at the end of Season 21 in The Twin Dilemma, and was worn throughout the following season.
It was worn again during The Mysterious Planet for the flashback sequences.

The Mysterious Planet - The Ultimate Foe 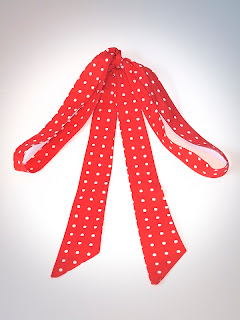 This red cravat made its first appearance at the start of Season 23, and was worn during all the trial insert sequences of The Mysterious Planet and The Terror Of The Vervoids. It was then worn throughout The Ultimate Foe.

Terror Of The Vervoids 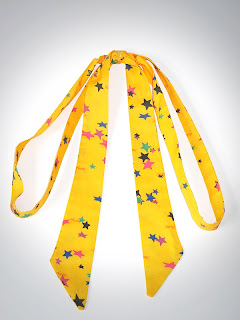 This cravat was uniquely worn during the flashback sequences of The Terror Of The Vervoids, and was made from the distinctive Yves Saint-Lauren fabric, which had the YSL logo embroidered on it along its length.

This has been faithfully reproduced on the cravat, as well as every detail of the coloured stars that form the design.


Each of the cravats are discreetly labeled with my mark, the yellow star one in a subtle in-keeping way! (see below)

The cravats cost £30 if bought singly.
Buy any two cravats for £55,
or £80 buys all three together.
Global shipping is included in the price.

To order your cravats, please drop me an email at
tennantcoat@me.com
with your colour choice and address.

Posted by Steven Ricks Tailoring at 09:42