In a few of weeks time there is another costume sale at Bonhams in Knightsbridge, this time selling off a vast number of items which have featured in the various exhibitions that have been held around the country.

Since I covered the previous auctions at Bonhams on the 16th June 2009 and 16th December 2009, I felt I should do the same for this, but because there are SO many items on offer, I have split them up by Doctor.

It’s interesting to see a full Veroid costume, after the head and hands being sold at the 16th June auction.

Lot 94
Terror Of The Vervoids, November 1986
A Mogarian costume, the three-section headpiece of moulded plastic with applied clear plastic tubing, the gold coloured jumpsuit with black rubber gloves applied to sleeves, on mannequin
Estimate: £450 - 650
Sold for £408 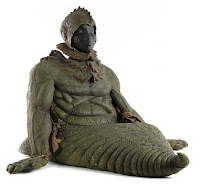 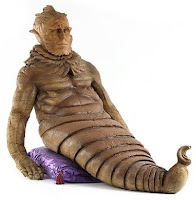 Lot 97
Mindwarp, October 1986
Kiv, a complete creature, of moulded and painted foam latex, with purple cushion, length 51 inches (130cm)
Estimate: £500 - 600
Sold for £1,320
Footnote:
This prop features as the remains of the creature after its brain has been transplanted into another body. 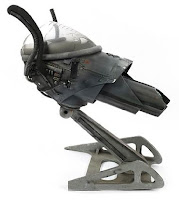 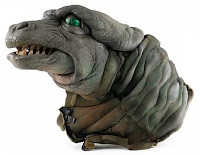 Lot 104
Timelash, March 1985
Kontron Crystal Deflector Gun, of moulded plastic and metal components with control panel on flexible cord, length 24½ inches (63cm)
Estimate: £300 - 400
Sold for £336
Footnote:
This device is manufactured by the Doctor and uses the time-bending properties of Kontron crystals to absorb and deflect energy after a short time delay. The Kontron crystal is missing from the lot. 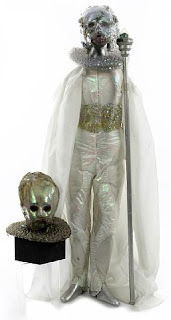 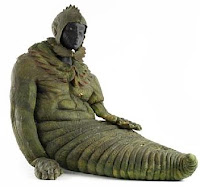 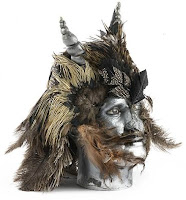 Posted by Steven Ricks Tailoring at 10:46