I had a fun and interesting day out yesterday, and as you’ll read, things to an unexpected turn! 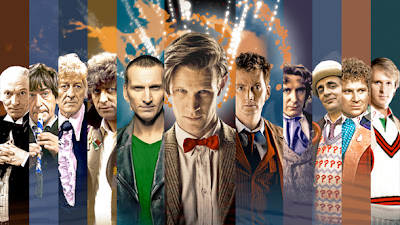 Being June, the BFI’s Doctor Who at 50 season has reached the Sixth Doctor, and I was fortunate enough to get tickets for the screening of The Two Doctors in the ballot. 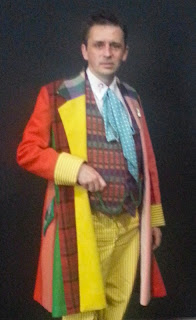 Since I have the Ultimate Six Frock Coat, I had to go in full costume!

Travelling on the train and walking along the South Bank from Blackfriars to the BFI was fun, I can tell you.

Once at the BFI I received a lot of positive comments on the costume and was asked for my photo by a number of people, which was cool.
Disappointingly I was the ONLY cosplayer there, so I did stand out like a sore thumb!

The event was quite a packed programme, with a number of other distractions aside from The Two Doctors itself. 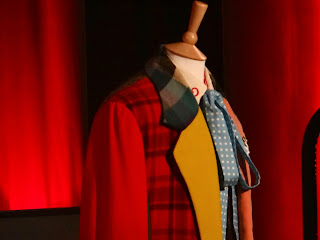 Between episodes one and two host Dick Fiddy interviewed fan Grahame Flynn who is an owners of one of the screen-worn Colin Baker costumes, which he brought along to discuss. 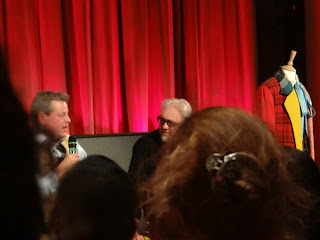 He explained how he became involved with periphery of the series during the 1980s, having spoken with June Hudson and later John Nathan-Turner. 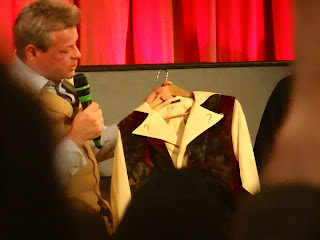 Amongst his collection is the original shirt and waistcoat from Tom Baker’s season 18 costume.

He explained how June disliked the imposition of the question marks on the lapels, opting to do them in a subtle colour to minimise their impact. 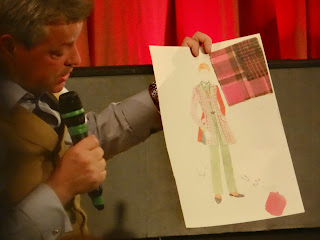 Attention then turned to Colin’s costume and Grahame show one of Pat Godfrey’s oringinal design sketches. 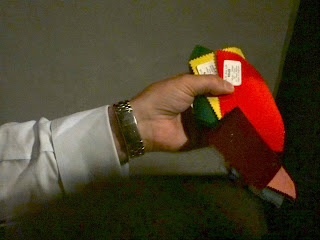 The fabrics used on the coat also came up, and how a lot of it was sourced from the John Lewis department store in London! 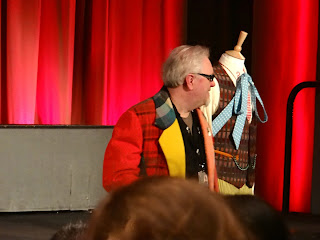 Dick Fiddy was then invited to try the coat on - something he wasn’t prepared for and seemed surprised to be offered.

They discussed the waistcoat and shirts, explaining how they were made in an ivory colour rather than white so they were tv-camera friendly. 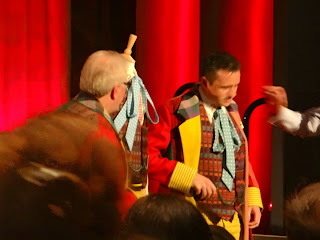 Then to my own surprise I was called out of the audience and asked to come down the front to show off my own coat.

I discussed how it had been made and the work that had gone into creating it, as well as the time it had taken to do it all.

This was the first time my finished coat had been side-by-side with an original screen-worn, so it was a bit nerve-wracking. 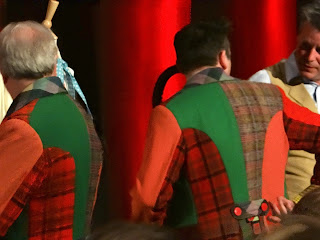 I showed off the lining, as well as the hand-woven back panel, which stood up incredibly well compared to the original coat standing next to me.

Mine is modelled after the earlier versions, and the one Dick was wearing was the later one, specially created for Colin’s expanding waistline.

If you look closely you can see how the tartan panel on my back is narrower, as this is where the coat was made larger to fit. The back of the collar falls differently too, as this had to allow for the change in cut.

It was very exciting to be asked to show off my coat and I’m proud to say I was involved, if only in a small way, with the BFI’s celebrations for the 50th Anniversary of Doctor Who!

Posted by Steven Ricks Tailoring at 09:11